“Within us lies the peace, the beauty,

the glory of our being.

We cannot seek it outside.

We have to go within.”

On May 5, 1970 Shree Mataji opened the Sahastrara (Crown) chakra for mankind, thereby allowing anyone with the desire to have their realisation by awakening their dormant spiritual energy known as Kundalini. Shree Mataji then began to spread en-mass Self-Realisation using the Sahaja Yoga techniques she developed.

Shree Mataji Nirmala Devi (affectionately known as ‘Mother’) founded Sahaja Yoga in 1970. Since then she has given thousands of lectures and has taught millions around the world on how to practice the very simple techniques. Her many talks and lectures explain the complexities of the human systems are freely available to those wishing to pursue and grow into this new awareness and enjoyment.

Shree Mataji was born on the 21st March 1923, in India to a Christian family. Her parents, Prasad and Cornelia Salve, chose the name Nirmala, which means ‘immaculate’. Her father, a lawyer and scholar fluent in 14 languages, translated the Qur’an into Hindi. Her mother was the first woman in India to receive an honours degree in mathematics.

Shree Mataji and her parents had a good and close relationship with Mahatma Gandhi and was very involved in India’s successful fight for independence. She was a mother and grandmother, as well as the spiritual mother to Sahaja Yogis from all over the world. Shree Mataji is a descendant of an Indian royal family and her father was a member of India's first parliament.

Shree Mataji has dedicated her life to travelling tirelessly for over 40 years to bring Sahaja Yoga to the seekers of the world. She is regarded by hundreds of thousands of people in more than 130 countries as the "world's greatest living spiritual teacher". She accepted no money for her time and knowledge.

Institutions around the world bestowed honorary awards and doctorates upon her. Shree Mataji has been nominated twice for the Nobel Peace Prize. Claus Noble, a great admirer of Shree Mataji and Sahaja Yoga, he proclaimed it “a source of hope for humanity” and “a reference point for determining right from wrong.”

She was also honoured by the US Congress and the United Nations and has received numerous awards for her outstanding contribution to the peace, health and well being of humankind in almost 130 countries. . In 1995 she spoke at the Fourth World Conference on Women in Beijing.

She was the wife of Sir C.P Srivastava, a very distinguished diplomat who served as Secretary General of the United Nations International Maritime Organisation. He has received numerous honours from many countries for his exemplary work and was knighted by the Queen of England.

Her legacy lives on through these institutions as well as through Sahaja Yoga practitioners and meditation centres established in countries around the world, where Sahaja Yoga is taught, as always, free of charge.

“My Life now is dedicated for the well-being and benevolence

Should you wish to learn more about Sahaja Yoga Meditation, Get your Self Realisation or Learn how to Meditate - Please click on the following link: www.sahajayogameditation.online 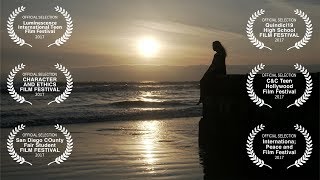